This is my true love.

I’m not sure why I decided to take care of a dog when I was fresh out of college and could barely afford to take care of myself, but for some reason I went to the animal shelter and saw this sweet face and never looked back.  A shelter employee said, “You don’t want that dog.  We have a lot of puppies over here…”  This made me want him even more.  They had him listed as a pit mix, curious since he only barely looks like a pit and they would have had an easier sell if they made something (anything) else up instead.  His shelter name was Bam Bam, but he never once answered to it.   He had been found as a stray, running around Greensboro.  At one point, he had been someone’s pet because he knew basic commands and was completely housetrained.  It’s strange to think that the same 1 year old pup is now my 10 year-old old man.  He has slowed down a bit, preferring to bum around on the furniture rather than try to escape, and has more than a little white fur on his face and body, but he will always be my baby – the only dog I have ever (and will ever) own all by myself. 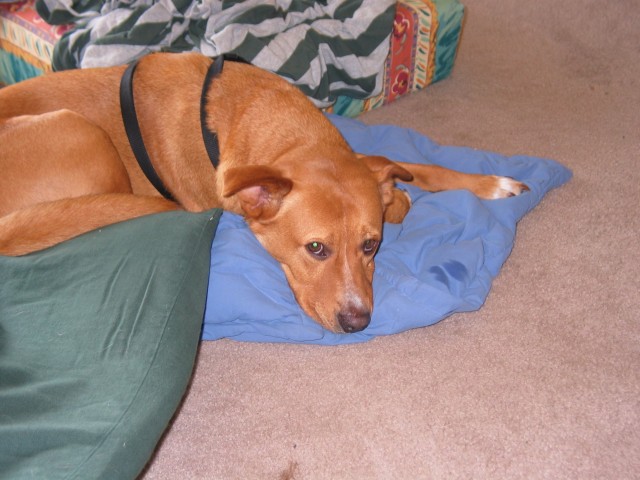